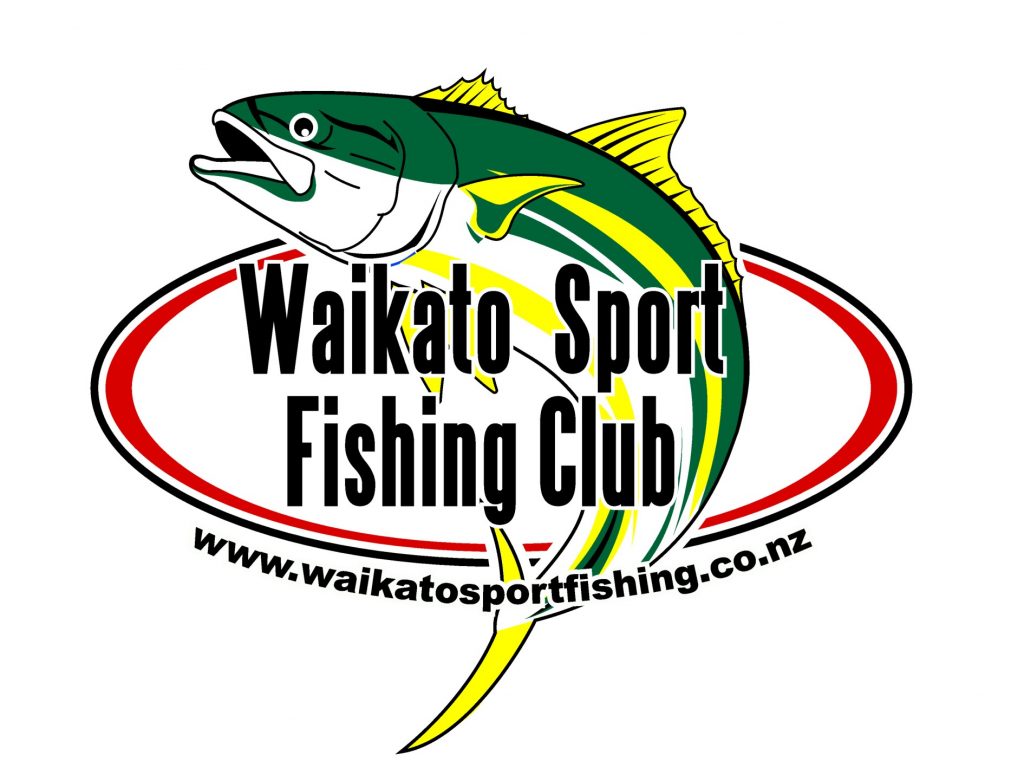 Well I cannot go past the special fish weighed into Raglan 18/3/17, The first ever recreational caught sword fish from Raglan was weighed by RSFC Member Chad Brennan, Caught at the Mokau Trench it weighed in at 93.2Kg but had its tail taken by a shark, He beat the big boys to it and will have to wait and see if he has started a trend, Club Member Slade Kerr caught his first marlin just outside Jackson’s Reef on livebait, See his story in this Newsletter, Some good billfish starting to come between the mainland and mayor island, with some nice size blues tagged and weighed. The bait is around and in full swing off Raglan so find a break in the weather (unlike our onebase!) and join in on the action, Plenty caught out of Kawhia over the past weeks, the fish have been in great condition with a belly full of skippys so may be worth putting out a livebait.

Plenty of Kahawai around at the moment so if its slow on the snapper its worth getting out that rusty hex wobbler from down the side of the boat, Cant beat fresh smoked Kahawai, The Snapper are all over the show at the moment, best catch times are still change of light and best if you can match the tide to incoming, No monsters over the sand being reported but the guys stopping around mayor whilst waiting for the water to flatten off to chase marlin have been getting some good snapper around the rocks. Skippys are getting closer in around 40mtr so good chance to fill the freezer with bait.

The good old 50mtr “never fail” spot is producing some good fish, Not uncommon to see boats coming in “binned up” with snapper/gurnard  back at the ramp early. Club Member Slade Kerr went out last weekend with his Dad and took advantage of the Skipjack Tuna getting 30 for the freezer, A productive trip topped off with some good Kahawai in the FC430 boat. Club member Brian Mellow went out west 19/3/17: Four of us headed out of a lake like Manu Bay around to 25 metres depth off Ruapuke Beach at 7.30am. Fished from 8am to 1pm 25 snapper, 10 gurnard, 2 trevally and a million kahawai. (Might have to Ring MPI on ya Brian to count those Kahawai 😛 )         Squid, Bonito, Baracoutta baits all worked. First hour was baby shark city, then slow and steady on the snapper and gurnard, biggest snapper 12lb and a couple at 10lb. Heap of wildlife with kahawai chasing anchovies and skippies jumping out of the water around us. 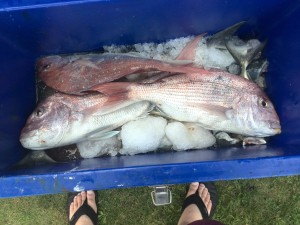 Fishing for snapper has been a bit up and down, Many people getting some good sized fish in the farms (6lb plus) but only taking home a handfull, The rest all around that sub 30cm mark, When they come on its all go! but can take some old fashioned patience for it to happen. Kingfish are still hanging around with this warm water so could be a better option if you manage to find some away from the mussel farm ropes, This wet stormy weather has filled the area up with silty/murky water so has prevented the barges from harvesting for a couple of weeks. You may find one maintaining the ropes or seeding out where the softbait set-ups and light weight gear are deadly.

Article sourced from NZ Fishing Website – Fishing Reports Section. 30 August 2019 Sunday is the start of the scallop season and is also the first day of spring and

THANKS TO OUR CLUB SPONSORS